AIR AND SPACE MUSEUM OF BOURGET

The museum has an important collection of nearly 500 aircraft composed of the very first models of airplanes up to the mythical Concorde. Visiting the Air and Space Museum is an opportunity to discover the fascinating human epic of the conquest of the sky. All the themes relating to space and air are represented, from the history of the first balloons to go aloft in the 18th century to the launch of satellites, including aerobatic planes and gliders without forgetting the fighter planes used during wars. Le Bourget, will introduce you to the story of the greatest heroes of aviation, such as Chuck Yeager, the first man to break the sound barrier or André Turcat world record holder in speed.

A FRIENDLY PLACE TO VISIT ALONE OR ACCOMPANIED

The Air and Space Museum is not just a prestigious place for aviation lovers, it is a lively cultural space, with many events taking place throughout the year The museum also presents games for children, various programs of visit as well as animation for groups (guided tours, discoveries, movies) as well as sessions of initiation to astronomy taking place in its planetarium of about sixty seats. The museum also has a documentation service (specialized library, media library, etc.).

A journey, a discovery

Aviation and aeronautics enthusiasts, discover the Air and Space Museum, located six kilometers from Paris, at Paris-Le Bourget airport, the first business airport in Europe. Taking into account the whole field of aeronautics, civil and military, French and foreign, the museum, one of the largest in the world, includes several exhibitions, some of which are located in halls. The least fragile aircraft are in the open air. As for the museum’s reserves, they are mainly kept within the airport grounds but opposite the museum, on the territory of the communes of Blanc-Mesnil and Dugny. Access to the museum’s permanent collections is free for everyone. It is open from Tuesday to Sunday, from 10 am to 5 pm (until 6 pm from 1/05 to 31/10). 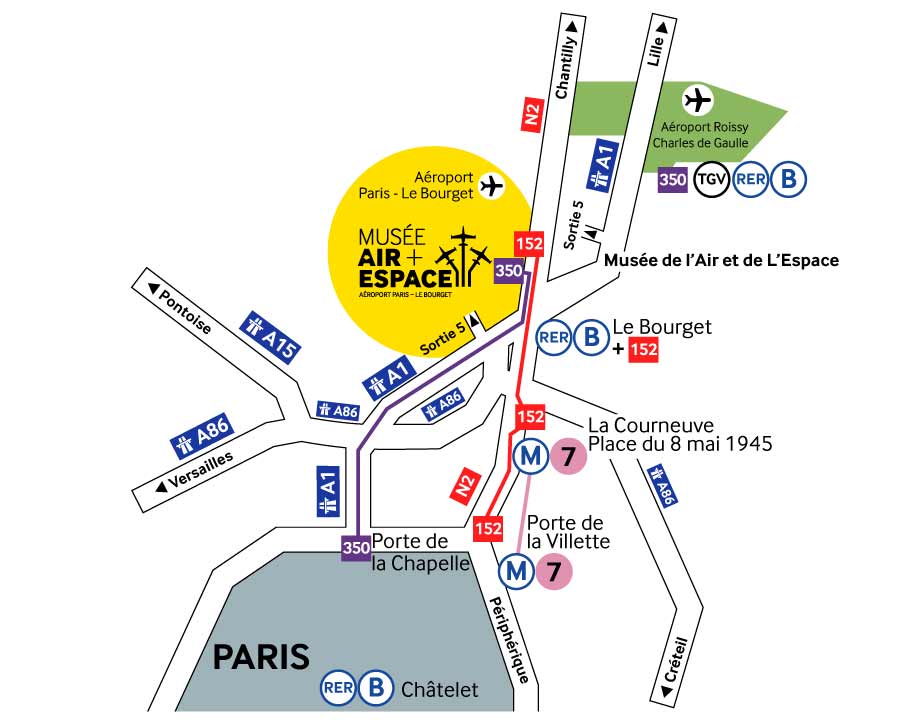 A museum, a heritage

Founded in December 1918, the Air and Space Museum is the only museum in the world to present the three aras of flight: aerostation, aviation and space. One of the first aeronautical museums in the world, due to its age and its collections, has an exceptional historical heritage: a collection of more than 40,000 objects, built up at the beginning of the 20th century. You will be able to discover a hundred aircraft out of the 400 that make up its collections, from the very first airplanes to Concorde, through the “Point d’Interrogation” and the Spitfire. The museum also has an exceptional collection of works of art, models, engravings, toys and ethnographic objects. And like any museum, it regularly acquires collectors’ items. 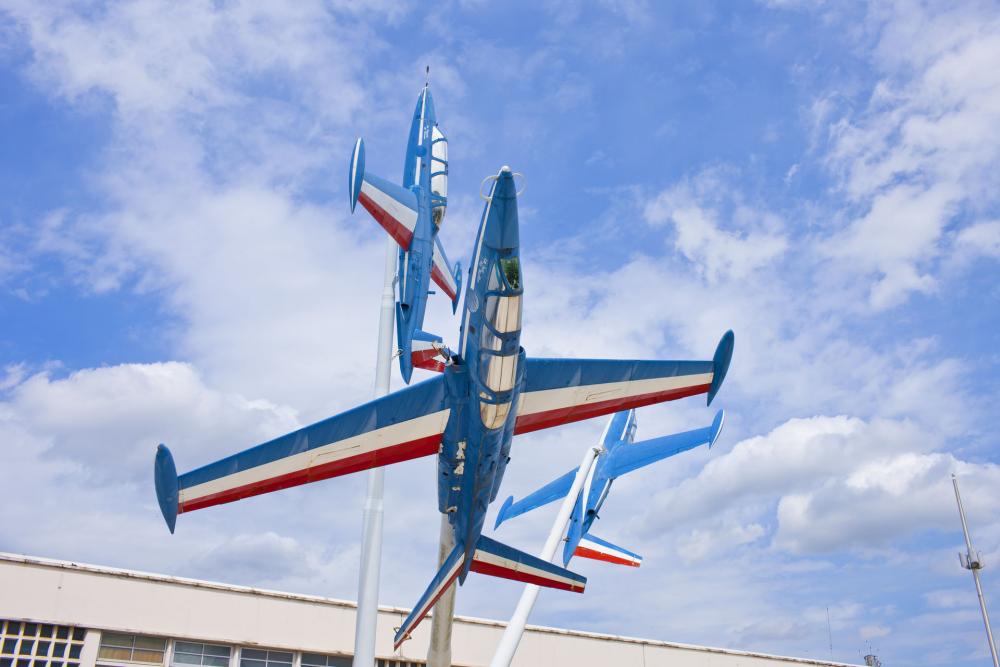 A place, a life

The Air and Space Museum is an interesting museum for its diversity and for the history of aviation. Pleasant to visit, it is a lively and dynamic place. Various events and exhibitions are organized throughout the year. And throughout the year, it offers activities and animations for all audiences: visits of aircraft (Concorde, Dakota, Boeing 747), guided tours through its spaces … In addition, the museum rents its spaces for event projects or for the shooting of a movie. 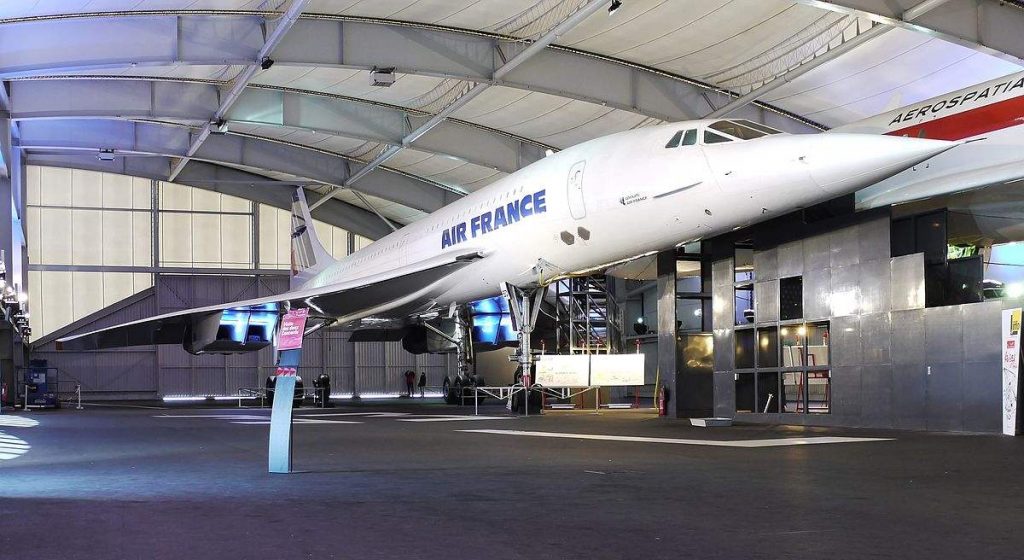 What the public likes

The favorite animation of the visitors is the flight simulator. This activity is an initiation to piloting. It will allow you to understand the dynamics of flight. By taking the controls of a flight simulator, you will use the main flight instruments. You will experience the procedures used by the pilot in the different phases of flight: takeoff, flight, and landing.

The curiosity of the museum

The visitor will be able to discover in the Air and Space museum the emblematic, the mythical Concorde, the supersonic Franco-British plane. For the record, the Concorde, piloted by Pierre Chanoine, welcomed its first passengers on January 21, 1976 between Paris and Rio de Janeiro via Dakar (Air France) as well as between London and Bahrain (British Airways). After nearly 30 years of career, it was retired from sales in 2003. You, aviation enthusiasts, will have the opportunity to climb aboard two Concorde: the prototype 001 which is the very first Concorde to have flown, on March 2, 1969, piloted by André Turcat, who died on January 4, 2016; and the Sierra-Delta which is an aircraft of Air France having ensured the last flights between Paris and New York, in May 2003. With this visit, you will discover the adventure and the secrets of the supersonic myth.

The other wonders of the museum

The Air and Space Museum includes several exhibition spaces, the most important of which is the “Grand Gallery”. Here you can discover many models and drawings, starting with Icarus. There is also an important collection of engines, gondolas and other lighter-than-air elements (hot-air balloons, balloons and airships) as well as many common objects (tableware…) illustrated on the theme of airships. The museum exhibits the medallion of the Montgolfier brothers by Jean Antoine Houdon (1783), and a reproduction of watercolors on paper by Nicolas-Jacques Conté on the manufacture of military aerostats at the Château de Meudon at the end of the 18th century. Several reconstructions of the first flying machines of the 19th century are also on display: the Massia-Biot glider (30 kg); Otto Lilienthal’s glider; Jean-Marie Le Bris’s winged boat… Continuing your visit in the “Grand Gallery”, you will be immersed in the beginnings of aviation until 1918.

Other attractions will be proposed to you

At the Air and Space Museum, come and admire the Boeing 747, Ariane 1 and Ariane 5 on the tarmac. As for the A380, arrived since mid-February 2017, is visible on the Tarmac but not yet accessible to the public (opening scheduled for the end of 2nd half of 2019). You can still admire it, from afar, between 10am and 5pm. Come also visit the restoration workshops, discover the equipment and the technique of restoration of these mythical aircraft that have made the history of aviation. Also discover the hall dedicated to the conquest and exploration of space: Veronica 6 sounding rocket, Arabsat 1A telecommunications satellite, Lunakhod 1 Soviet lunar vehicle, Diamond A rocket, etc. There is also a planetarium. It allows you to learn more about the planets and the solar system. 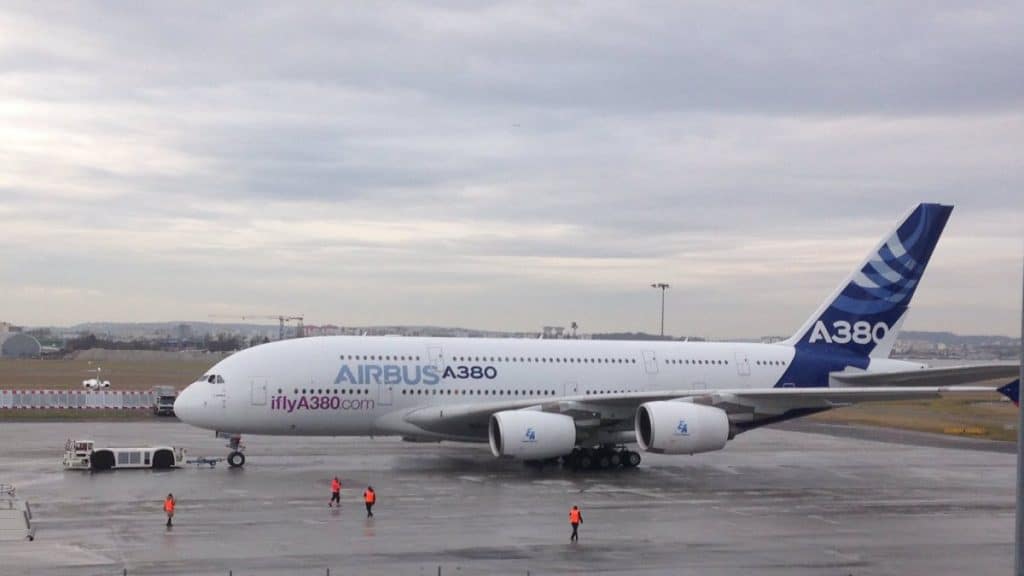 Some reasons to visit the Air and Space Museum

Coming to the Air and Space Museum means rubbing shoulders with aeronautical myths and wander among the collection of aircraft; it means visiting mythical aircraft; it means experiencing the emotion of arriving at the legendary aircraft museum; it also means attending the events offered by the museum.

A visit to the museum makes you hungry. And to eat, go to “l’Hélice”. You won’t regret it. With the appearance of a stylized airplane, the restaurant, which is located inside the Air and Space Museum, “at the foot of the runways” of Le Bourget airport, enjoying a large terrace extending under the wings of the Boeing 747, offers French and international cuisine. You will have a pleasant moment there. The place is original and friendly. It will satisfy all the desires, with a lounge, a restaurant, a bar, and a space of light restoration. Good reception. Friendly and attentive staff. The service is correct and fast. The food is good. The restaurant is open from Tuesday to Sunday from 10am to 4:30pm. Access is from the main entrance of the Air Museum and then follow the direction “Boeing 747”. 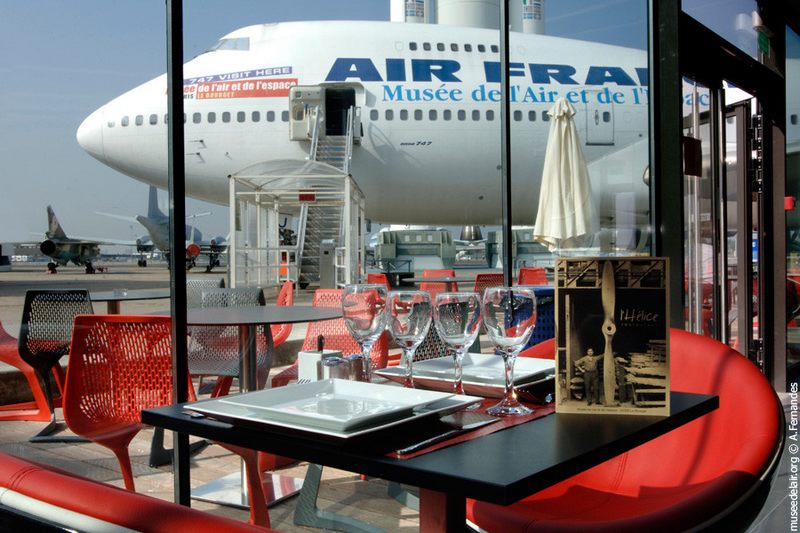 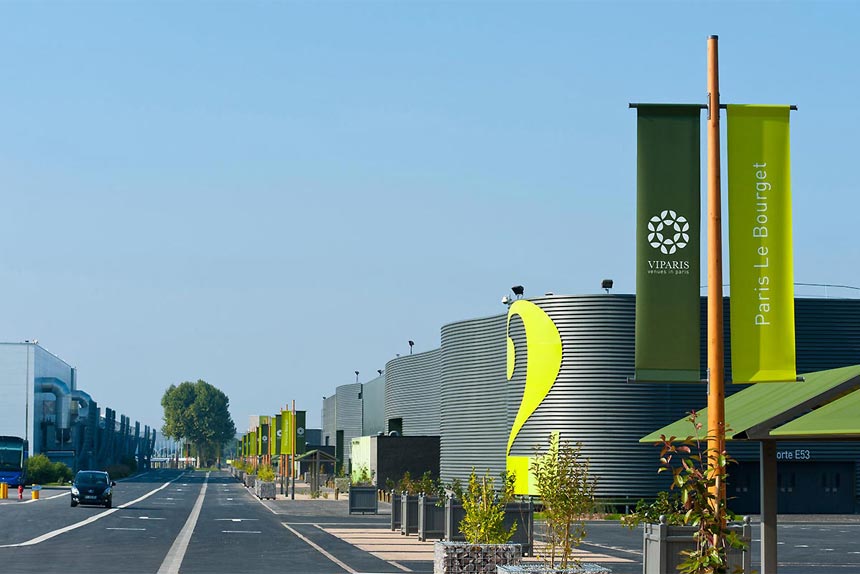 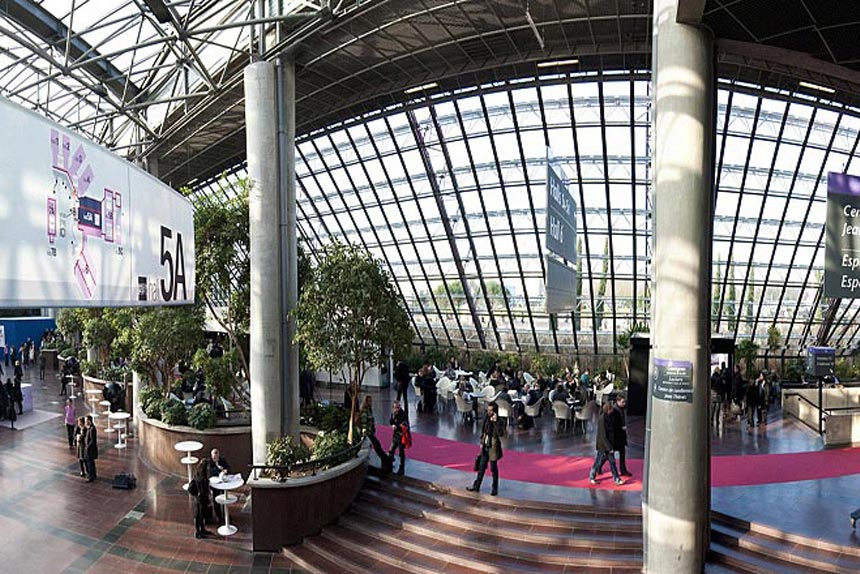 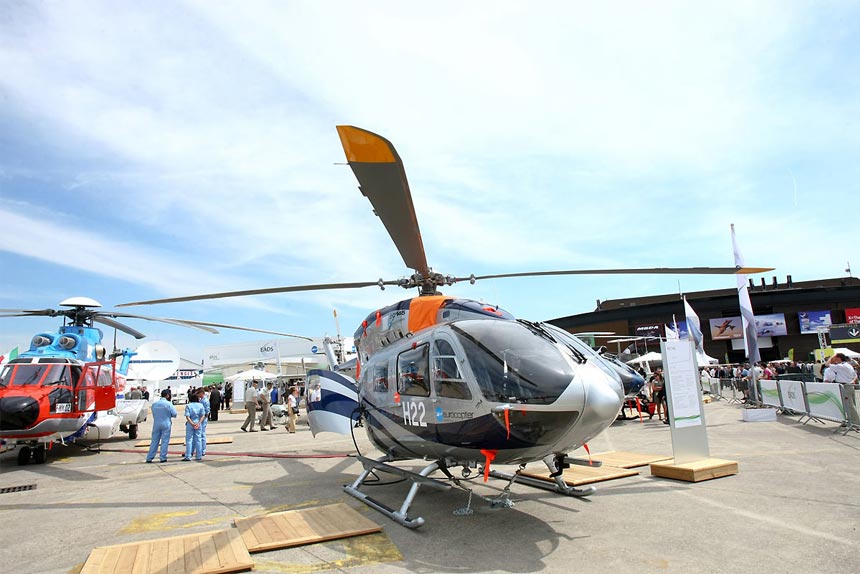